Acquisitions in an international context are a challenge. This also applies with regard to dealing with risks and ensuring adequate insurance cover.

What should be considered before, during and after a transaction from the perspective of insurance protection?

In the following, we take up three aspects from our legal advisory practice:

– Insurance due diligence before the transaction.

– The insurance cover of the transaction itself

– The insurance cover of the new company after the transaction

This article will focus on the third aspect.

1 Tell me who you are – insurance due diligence

What insurance cover does the “target” have at all? The status quo of insurance cover is determined in the course of an insurance due diligence. When it comes to cross-border transactions, different markets and legal systems, insurance concepts and legal frameworks are naturally involved. The reliable assessment of insurance cover requires a profound knowledge of international insurance law and concepts, e.g. the distinction between continental and Anglo-American insurance law. Practice shows that buyers or sellers in transactions are sometimes inclined to purchase services “from a single source”. And so the insurance due diligence is sometimes “done” at the same time by the M&A advisors – usually corporate and tax lawyers. This does not always ensure legal clarity or is necessarily efficient, as can be seen from cases where things go wrong later on.

2 Safety first – insurance cover in the context of the transaction: S&I / M&A insurances

Every acquisition involves risks and costs – for both buyer and seller. Some of the risks associated with the process and the consequences of the transaction itself can be (partially) covered by the parties involved through special coverages. Warranty & Indemnity (W&I) or M&A insurances, for example, make it possible to cover warranties, tax or liability risks. The buyer is assured that he is not acquiring a “black box”. The seller benefits because the hedged risks do not burden the purchase price. A closer look at this special form of cover would go beyond the scope of this article – we will deal with it at a later date.

3 Welcome on board – insurance cover for the new company

If the buyer acquires the foreign company, the task is to secure insurance cover for the new company and its risks.

Usually the acquiring company (such as the group holding company) maintains an international insurance programme (IVP) or individual contracts that provide international coverage.

How can the new company be brought “on board” in terms of insurance cover?

Which companies are (co-)insured? – Co-insurance and acquisition clauses

International insurance programmes (or their master policies) contain clauses for the inclusion of newly acquired (or established) companies. These co-insurance or acquisition clauses regulate when a company is considered “acquired” at all – and thus becomes a “company of” the parent company, so that it is in its interest to provide insurance cover. For example, the parent company must take over the majority of the shares or legally control the new company.

However, even if there is a takeover of the new company in this sense, it is not yet certain without further ado that the new incoming company is really covered by the material scope of the master policy. For their part, insurers want and need to pay attention to their regulatory compliance. They therefore do not offer insurance cover if they are prohibited from doing so in the respective country. Insurance contracts therefore include clauses clarifying this.

Practical example (insurance prohibition): A German trading group maintains an international liability insurance programme managed in Germany. The master policy provides global insurance cover. The group, which is expanding, acquires a company in Myanmar. The local supervisory law prohibits insurers who do not maintain a branch in Myanmar from insuring risks located in the country from abroad – in this case from Germany (so-called non-admitted problem). Although the German parent company acquires the new company legally and in terms of the master policy, the new company is not included in the group of (co-)insured companies. It does not receive insurance cover under the master policy.

In these cases, insurance cover can be provided by local policies – but these must be set up separately. In the above example, financial interest cover (FinC) may apply as a “fall-back” model – if the master policy provides for it.

In practice, FinC clauses are common. However, it cannot be ruled out that in individual cases the authorities abroad may consider such cover as circumvention of their insurance prohibition and sanction it. In practice, another challenge is sometimes to correctly process the payment from the insurer received by the parent company within the group.

When does insurance cover begin? – Automatic vs. notification and inclusion agreement

Policies use different mechanisms: some concepts offer automatic inclusion of the new company. If the company fulfils the conditions of insurability just described, the company is included at the time when its acquisition – i.e. the transaction – is effective vis-à-vis third parties under the applicable law. No further steps are necessary. In contrast, many policies provide that new companies are not included in the insurance cover without further ado. Rather, the policyholder (the holding/parent company) must notify the insurer of the acquisition of the foreign subsidiary. The notification is obvious: the insurer wants and needs to know where it offers cover and to whom. It has to calculate risks and allocate premium shares (regulatory and insurance tax compliance). In our experience, however, special attention should be paid to the notification, the relevant deadlines and the legal consequences.

Insurance contracts are – to a greater or lesser extent – geared to the market and, above all, the legal system from which they originate. If, for example, a German holding company acquires a company in the USA, two very different legal systems come together (see 3.3 for more details). A standard German D&O wording will also provide cover for “senior executives” in addition to the C-level. However, it is already not conclusively clarified in German law which persons this term covers in the context of insurance protection (the probably predominant opinion understands the term in the sense of works constitution law). But what about employees in the new US subsidiary, which has a completely different structure – and where there are different liability risks for the employees than here in Germany? The insurance contracts partly try to ensure, via correspondence clauses, that the same standard of cover exists abroad as at home. In addition, the policies sometimes provide for a better position of the foreign company via good local standard clauses. If the local insurer usually offers local insurance cover that goes beyond the scope of the German policy, the policyholder is placed in the same position as if he had such local insurance cover.

Irrespective of integration into an insurance programme, stand-alone policies of the foreign company must be examined. Do compulsory insurances have to be taken out or maintained in the respective jurisdiction? Compulsory insurances play a decisive role. The acquirer is not always familiar with the legal framework in the subsidiary’s country of domicile. Certainly, there are compulsory insurances for certain business activities or in certain sectors that are almost uniform internationally (e.g. in the area of environmental or product liability, pharmaceutical liability or pharmaceuticals). But of course there are also national or local peculiarities that need to be taken into account. The starting point is insurance due diligence: What insurances does the target company have? What fate should the insurance contracts have? Do policies, for example, pass to an acquirer by operation of law? Are policies to be renewed automatically, are they to be terminated? Which policies are to be reinstated? The decisive factor is always to look at the local risks. This leads to the following point of view.

3.3 Risks and cover using the example of the USA – Germany

It may actually be obvious, but the following aspect deserves mention from our lawyer’s point of view:

As is well known, insurance serves to cover risks. However, the risks in the foreign subsidiary’s country of domicile are not the same as those of which the parent company is aware in its own country of domicile – in terms of type, extent and legal character. This is not always sufficiently taken into account in the procedure and conception of insurance cover. Liability risks in particular illustrate this: The liability risk is determined by the liability law of the respective jurisdiction. It is always interesting to compare the German liability system with that of the US.

In the USA, for example, companies are repeatedly exposed to massive claims for damages due to anti-discrimination against employees. This is why the Employment Practices Liability Insurance (EPLI) product exists there. In this country, this insurance does not play such a role, as the liability risks for employers do not exist in the same way.

Looked at the other way round: Generally known and feared are “US liability risks” due to the legal concept of punitive damages. According to this concept, a company sued for damages is not only exposed to the demand for compensation of an economic loss. Rather, penal aspects can lead to condemnations that exceed the “actual” damage many times over. This is a concept that is not known to exist in this form in the German legal system.

Time and again it can be seen that insurance companies known and established in the German market are not really known at all in other markets. This may be true of fidelity insurance, for example, which is a useful part of the cover for many German policyholders – but is only partially established as “crime” or “financial fidelity” insurance elsewhere. A buyer based abroad who knows his “home market” but not that of the new company may not have sufficient knowledge of the liability risks. On the other hand, he may not even be aware of the insurance concepts that exist in the target country and can serve to cover the risks. 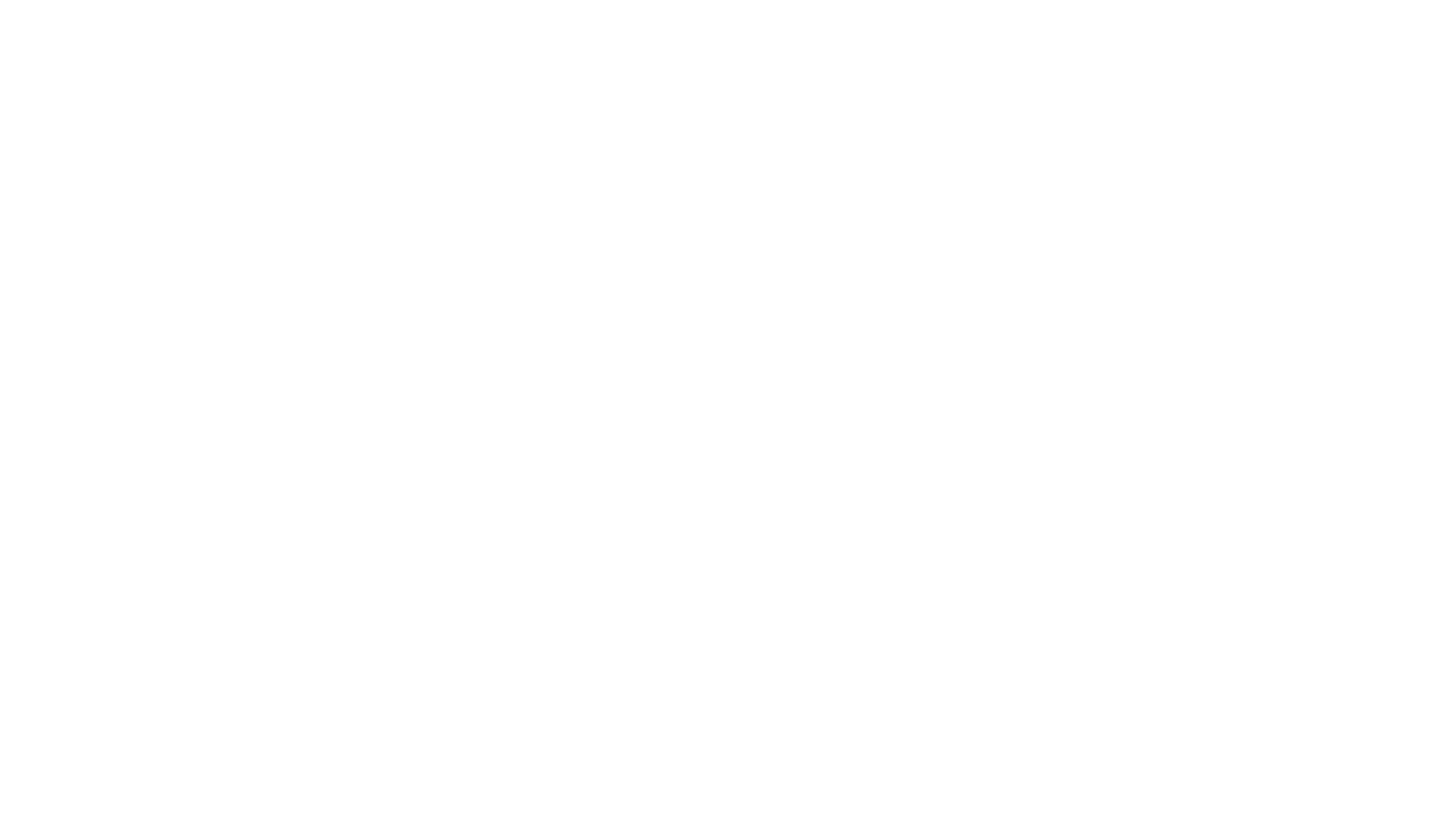 /%category%/%postname%/
#
Sort Gallery
on
yes
yes
off
off
on
on